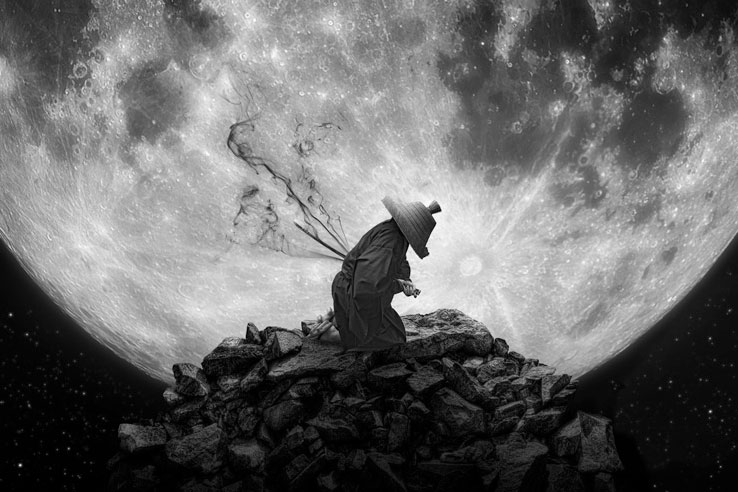 Venus will enter into Scorpio at 3:47pm PST, joining the Sun, Mercury, and Ketu. More specifically, Venus will be in the latter pada of the Vishakha Nakshatra, representing the ripening of fruit and the harvest of your efforts that comes with the patience and maturity.

Venus represents the fluids and hormones responsible for creating life; and it is these hormones that impel the mind to be filled with thoughts of sexuality. This is the instinctual nature of a created being to procreate, which leads to the primary level of sexual attraction.

Venus is the guru of the demons, or the teacher of those who do not see the light. Venus is the teacher of our lower nature, and uplifts these lustful desires to serve rather than dominate the individual. “Jupiter rules the right hand and Venus rules the left hand, and when a person takes the path of working with desire instead of disciplining desire, then they are taking the left handed path of the asura-guru,” (Cole).

Venus entering Scorpio will add this much needed presence of the guide, in a sign and an area of life receiving much emphasis at the close of 2020. The new Moon in Scorpio on December 14 will also be a solar eclipse. Now is the time to work with your demons through the role of a supporting and understanding teacher, drawing the best out of them like misguided students under proper tutelage.

Amavasya is the tithi, or lunar day, right before the exact conjunction of Moon and Sun. In the Vedic calendars, which astronomically measure the motion of the Moon, the new Moon is much like a suspension, held between the dark half (waning) and light half (waxing) of the lunar cycle. This tithi just before the new Moon (Amavasya) is a very auspicious time for fasting, meditation, ritual, and refelction. It can be seen as the zenith of the dark moon, and is a time when the demons and dark spirits come alive to hunt. Fasting on Amavasya tithi purifies your system from these harmful energies and provides the foundation to support substantial growth toward your goals in the 15 waxing tithis to come.

This Amavaysa will come with a solar eclipse, which will only be visible in Chile, Argentina, and parts of Antarctica. Due to it’s geographic non-locality, I won’t go into depth on its significations, however, it will impart an added weight to the effects of the new Moon and Amavasya, in Scorpio. Individuals with their Rising, Moon, or Sun signs in Scorpio and more specifically the Jyestha nakshatra will feel these effects much more significantly. There will be feelings of lower energy, uneven emotions, or need for more rest. This is a great time however for giving time to situations which require waiting and patience, where the full benefits may not be seen for the next month.