The Healing Benefits of Bone Broth 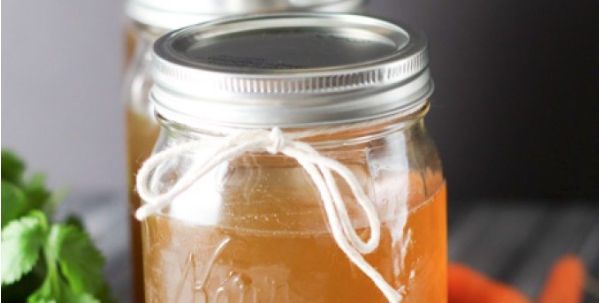 Bone broth has been medicinally used for thousands of years with origins in Chinese Medicine. Bone broth can be an inexpensive and simple meal and at the same time a powerful health tonic. It can strengthen the blood, due to its rich iron content, which can lead to healthy tissues and optimal organ functioning. Bone broth is easy to digest and supports a healthy immune system and increases overall vitality (ojas).

Not only does bone broth boost immunity, but it is also an anti-inflammatory. It reduces excess Pitta and balances Vata. Bone broth also strengths the digestive fire (agni) and helps improve the absorption of nutrients.

One of the most healing nutrients found in traditionally made bone broth is collagen. Collagen holds tissues, muscles, and joints together. It has amino acids such as proline, hydroyproline, and glycine. Other amino acids in bone broth are cysteine, glycine, and histidine. All have been seen to reduce gut inflammation and promote a healthy gut microbiome.

Other nutrients found in bone broth include:

Something to keep in mind when purchasing bone broth is that they aren’t all made equally. The boxed or canned vegetable of chicken broth that you can find in a store, doesn’t undergo the same cooking process. These are often less nutritional compared to traditionally prepared broths.

Traditionally made broths are cooked for a longer period of time, usually around six to twelve hours. During this long cooking time, more proteins, minerals, and vitamins are pulled from the bones. This is what gives bone broth its gelatinous texture when cooled or at room temperature.