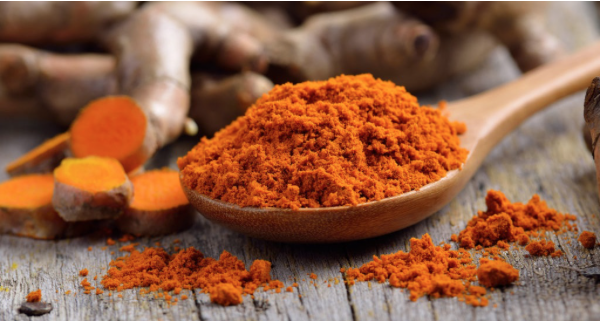 Turmeric is one of the main recommended spices in Ayurveda. Turmeric has been in many recent studies discuss its benefits as an anti-inflammatory, antioxidant, pain relieving, wound-healing, anti-dementia, and even an anti-cancer.Turmeric is a powerful cleanser of the liver and has gained a lot of popularity in the last few years. Some of the many benefits of turmeric include decreasing pathogenic bacteria found in the intestines, calming inflammation, reducing undigested food in the gastrointestinal tract, treating stomach ulcers, colds, and reducing the risk of bowel cancer. Turmeric is one of the best anti-inflammatory agents and can be used for most people

Here are some of the many benefits from scientific studies:

Studies have shown that the active compound curcumin in turmeric (what gives it the yellow color) acts as an anti-inflammatory. It does this by inhibiting a number of different molecules that play a role in inflammation in the body. Turmeric is used in dermatitis, urticaria, eczema, psoriasis, colitis, and asthma. (1)

In Ayurveda, turmeric can enkindle the agni (digestive fire), supporting healthy digestion, which is important for overall health and immunity. Turmeric can be used for intestinal infections and mucus conditions. Turmeric helps promote health intestines by reducing pathogenic bacteria and destroying ama (toxic build up). It recently has proven to help the large intestine and can play a preventative role in bowel cancer. (1)

3. Protective Agent Against Alzheimer’s Disease
Many neurodegenerative diseases (such as Alzheimer’s and Parkinson’s) are caused by oxidative damage and inflammation. Studies have shown that curcumin is a potent neuroprotective agent.

Researches at the University of California, Los Angeles studied the potential of curcumin to fight against Alzheimer’s. The results of the study found that curcumin inhibits the accumulation of destructive beta amyloids in the brains of Alzheimer’s patients and breaks up existing plaques.

4. Protection for the Heart

Turmeric nourishes the heart by its blood building quality and raktavardhaka. Turmeric increases blood flow and reduces total cholesterol. It has an antiplatelet quality and scrapes accumulations from the channels, which helps to prevent build up. (1) Studies have shown that curcumin to be a protective of the heart due to its anticoagulant and antioxidant properties. In Ayurveda, turmeric is considered to scrap accumulations according to Sebastian Pole.

Turmeric, as a powerful anti-inflammatory, is a pain reliever and may act as a protective agent for bones and joints. Studies have seen that turmeric can help reduce joint pain and osteoporosis. Turmeric has been seen to alleviate symptoms of rheumatoid arthritis and osteoarthritis. (1)

In the next article we will discuss the best ways to take turmeric!